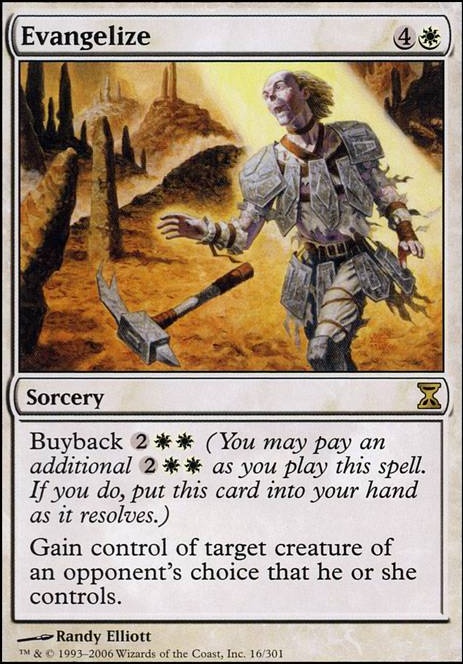 Gain control of target creature of an opponent's choice that he or she controls. 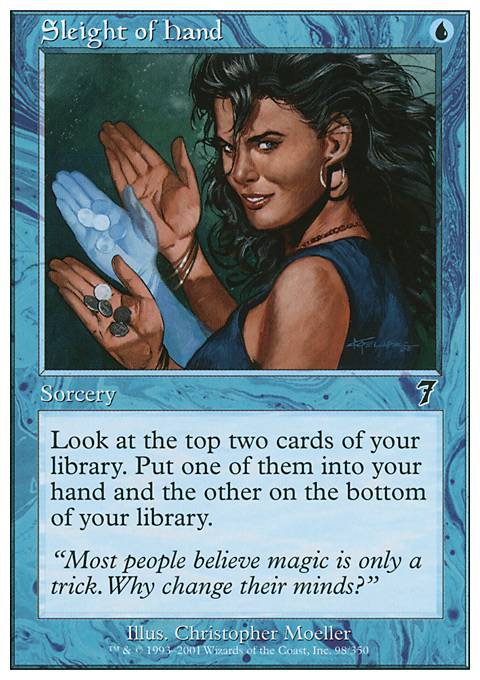 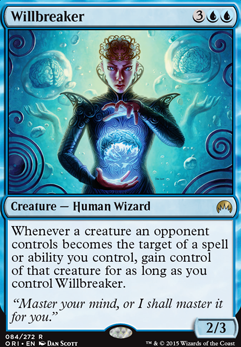 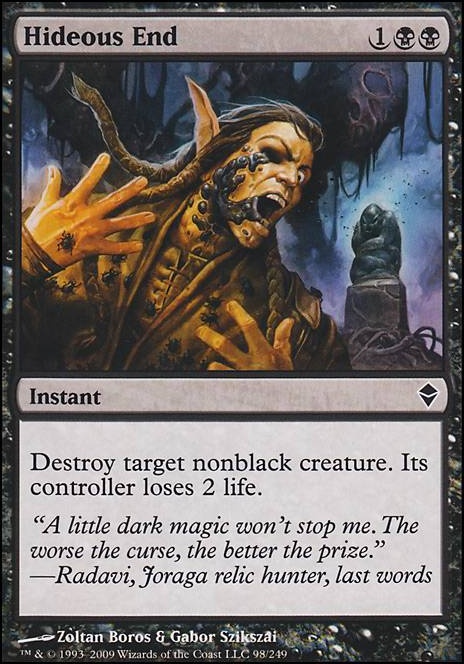 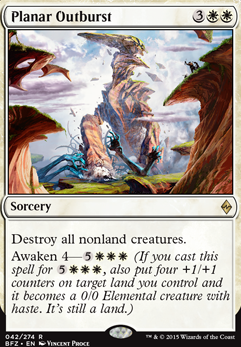 Why Play my Deck when I can Play Your's?

Evangelize can also have legs: Preacher . Also, there is a repeatable, (If the enchanted creature dies), mind control card from Time Spiral called Fool's Demise . It can keep coming back on it's own too.

Why Play my Deck when I can Play Your's?

Hey man. I started making mine nearly a week ago with the same exact intentions.

A few things I am surprised I don't see in here that I thought you should consider.

I'm a fan of exiling things as I see recursion far too often. I would consider adding some mass graveyard hate as it will DEFINITELY hurt your opponents more than you.

If you want to check out mine for comparisons, feel free. Also, I grabbed Wear / Tear and Slayers' Stronghold from you. Thanks :)

I think you're absolutely right in terms of X. In theory Ashnod's Altar produces twice what Phyrexian Altar does. However when going infinite, having infinite mono white mana is better than having infinite colorless mana. This is because the white mana can drop everything in my hand, and the latter would leave me wanting for the white symbol cost.

When it comes down to simply saccing a creature for enough mana to cast a card - Ashnod's Altar is by far better.But the purpose of Phyrexian Altar is much more complicated. and switching it could jeapordize last ditch "just enough mana" attempts to infinite combo, and eliminate Evangelize all together.

Please correct me if I'm wrong! I want the advice for the deck's well being. I just don't see it in this change.

Hey man, looks like you're just starting with commander, let me tell you it's the best format there is.

So, to begin, 30 lands won't do with your Avg. CMC. and more so with the lack on ramp on those colors. I'd go with 36-38. There are some ramp in white though, Tithe, Gift of Estates, Land Tax, but old cards can get hard to find around. Besides, lands get on your hand instead of the battlefield.

You could try Burnished Hart, an inexpensive very useful creature to fix the colors. Myriad Landscape will find you 2 lands. Terramorphic Expanse and Evolving Wilds won't ramp, but they'll fix you colors and cost next to nothing. Mana rocks: It isn't by chance that Sol Ring is included on every pre-constructed commander deck. I like Fellwar Stone, most of the time it will get you the color you need. And while we're talking about colors, Command Tower is needed here as well.

Here are some stuff that you may cut to make room for those 6-8 lands:

Iron Star and Ivory Cup should be cut: 1 Life isn't nearly enough, less so in Commander. Also you have to pay for get that 1 life, just way too clunky, slow and expensive. Same with Survival Cache, 2 life isn't going to make much difference.

Akroan Crusader: You have 1 instant and 2 auras that could target him in order to trigger Heroic, so this creature would be a vanilla in practically every single game. Why would you target him instead of your commander or any other creature?

Blaze Commando: Similar problem as above, the tokens it can create are too situational. You need a better way to produce tokens.

Evangelize could work against some decks, maybe voltron is the best opponent to target. Still, cost is way too high for it to make it worthy in my opinion.

Stitcher's Graft: I really don't see the point on this one, maybe if vigilance were a theme in the deck, which is not the case.

Other stuff you should consider:

Wraths and removal!: Day of Judgment, Wrath of God, Fumigate, Blasphemous Act, Mizzium Mortars in case your opponents fill the field faster than you. For spot removal, there's Swords to Plowshares, Path to Exile, Condemn, Return to Dust

Battalion: If you like flavorful decks, this Boros mechanic that Tajic has can be complemented with other Boros creatures, like Frontline Medic to protect your creatures, Firemane Avenger as pseudoremoval and the more useful one Legion Loyalist.

SaberTech on Why is Blue the Color â¦

So more cards in the style of Evangelize? I had forgotten that card existed until I read your comment.

MtG already has 3 colours with variations on creature steal effects, so aside from the occasional flavour card I don't see much reason for the mechanic to creep into white.

Just took out Evangelize for Pariah. Seems like a solid choice.