Target spell's controller removes it from the game with X delay counters on it.

At the beginning of each of that player's upkeeps, if that card is removed from the game, remove a delay counter from it. If the card has no delay counters on it, he or she puts it onto the stack as a copy of the original spell. 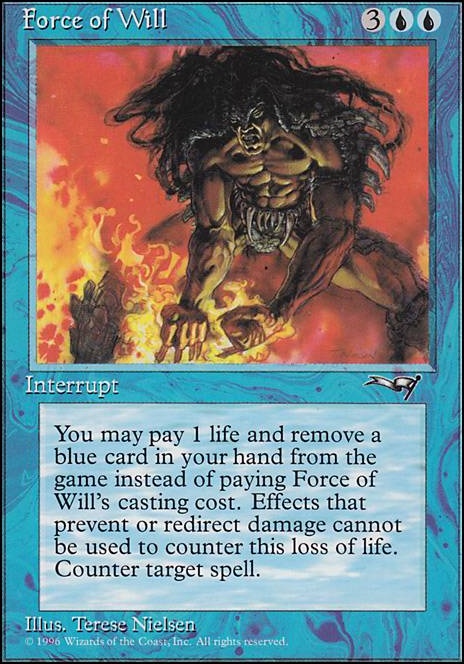 Letâs Get Hydrated
by AllenM8 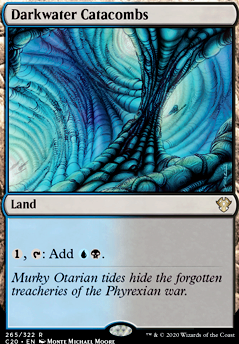 x gone give it to ya
by soupboy69

Would recommend Ertai's Meddling over Delay.

How does Zaxar and Thousand-Year Elixir give you infinite mana?

Deck looks fun. Would recommend you consider Primal Vigor as a back up to Doubling Season. Yes it only does +1/+1 counters and helps your opponents too, but just about every spell you cast will get you double tokens with double counters.

Insight could also be a budget replacement for Rhystic Study on your maybe board. It's also just a good card in its own right.

Would recommend swapping out either syncopate or condescend with Ertai's Meddling. Two mana and its a hard counter against other counters and it also stops the un-counterable. That, and its nice to not have to worry if your opponent has to much mana open.

If you go the coffers/tomb route just remember you'll end up needing a few land tutors to properly support it. I dislike tutors as well but don't typically have the same negative feelings towards land tutors as compared to demonic tutor and the like.

Hope you like the recommendations. I'm a bit biased myself since I just built a Zaxa deck but I enjoy looking at other builds.

So, if you are looking purely for win-cons,

Vigor is amazing but Asceticism will protect your creatures better and be harder to remove.

Stroke of Genius can kill a target player with infinite mana or you could target yourself for something like 50 and grab your win-con + counterspell. You could also throw in a Thassa's Oracle and/or Jace, Wielder of Mysteries to just win on spot. I also like Demonic Consultation since it can also win you the game with above cards if you name Mountain or it can be an emergency tutor.

You may want to add a few counterspells to specifically protect the turn you win. The best would be cheap ones such as Swan Song, Dispel, and Ertai's Meddling. Ertai's meddling stops even un-counterable spells and only needs 2 mana spent if you are going to win that turn. There are also the x-counterspells but they are more mana intensive which you may not have yet if you are casting your infinite mana pieces (though they are flavorful and on theme).

Some tutors in general specifically to grab your infinite mana pieces or your win-con. Preferably Vampiric Tutor or Demonic Tutor.

Your very creature heavy (personal bias) with several not the best option. You'd want Kalonian Hydra with the number of creatures you have but not Capricopian. Basically, I would try to remove any hydra that doesn't have trample, built in removal or card advantage. This should work out in your favor since you'll be making a generic hydra practically every spell you cast. Also, a lot of your ceatures are specifically there to boost the number of +1/+1 counters and none of them are bad but this strategy is going for a combat/aggro win. It is easier to win on the spot with an instant or something like Torment of Hailfire (which yes you have)) but you don't currently support this as much as your creature based win-con. If you just want to win with giant hydras, try Concordant Crossroads and Crashing Drawbridge to give your (hopefully infinitely large trample-ly) hydras haste to win the turn they come down.

For speed, you'll want faster ramp. Any of the 1-drop mana dorks can help along with cards like Harrow, Nature's Lore, Burgeoning, Exploration and Wild Growth. The 3 and less ramp options (especially 2 and less) will help get your commander out turn 3/4 and possibly at the same time with your infinite pieces while your opponents are tapped out. Though, with cards that like Burgeoning you may want to up your land count to at least 36 to better take use of it if you use it.

So all of these suggestions are assuming you simply want to win fast. The deck looks good right now but can be sped up fairly easily from my point of view.

Some Demonic Consultation could help. With Jace on board or Thassa's Oracle in hand, its an easy win if you just name Mountain.

I don't know if you have enough cheap instants to really support the scepter. You may just want to swap it out for Ertai's Meddling. It's basically like Delay but can counter the uncounterable and is on theme.

Based on Sen Triplets:

Spells you cast that you don't own have affinity for artifacts.

Whenever an opponent casts their first spell each turn, that player exiles it. You may cast spells exiled with Triumvirate of Esper.

(Although I guess a more proper translation might be Triumfeminate or Triumsororate? It's kinda like how Senator means 'Old man', and Senatrix for 'old woman', the female of doctor would be 'Doctress', etc. At a certain point the fact that triumvirate literatly refers to men, as in not women is kind irrelevant )

Anyways, I think it'd be a cool deck to run group hug effects to maximize the spells exiled with her. I mean, there's no way around having to exile at least something with her. Ertai's Meddling and Delay would be excellent cards in this deck.

I'd like a Jund Shadow commander, to be clear, using the shadow mechanic. It's an unusual/old mechanic.