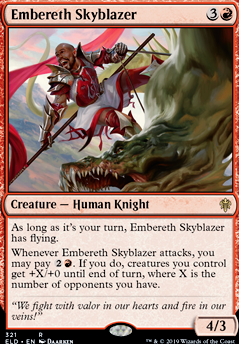 As long as it's your turn, Embereth Skyblazer has flying.

Whenever Embereth Skyblazer attacks, you may pay . If you do, creatures you control get +x/+0 until end of turn, where X is the number of opponents you have. 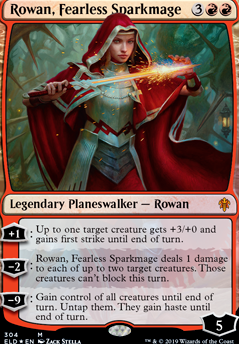 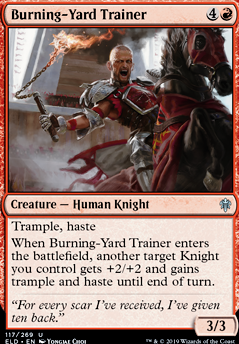 Knight of the White Orchid is not good here in my opinion. I know Silverwing Squadron is slow, this package is for a 4 player meta that tends to go to turn 10 so its got some time. Faster meta you should probably run the boros package with Fervent Champion Inspiring Veteran Skyknight Legionnaire Embereth Skyblazer and Embercleave

Great edgar deck! What are your thoughts on Obelisk of Urd ? Usually able to convoke it out with summoning sick vampires for pretty cheap. I'm also playtesting Embereth Skyblazer , as it can be a nice buff as well. I'd like to hear your feedback on my list if you have a chance. I'm looking at making room for reconnaissance but not sure what to cut.