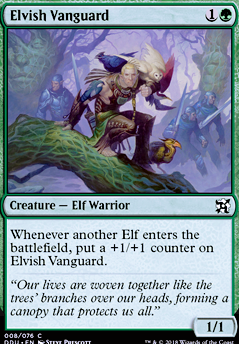 Whenever another Elf enters the battlefield, put a +1/+1 counter on Elvish Vanguard. 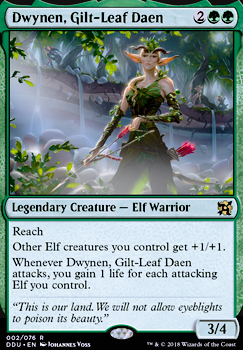 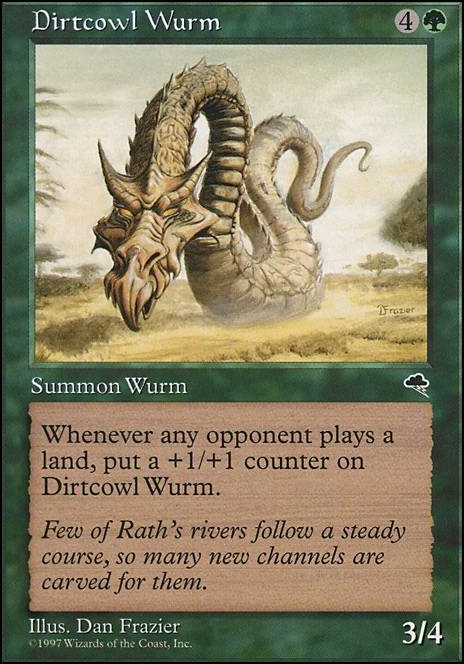 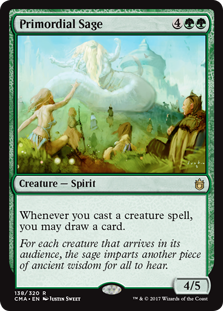 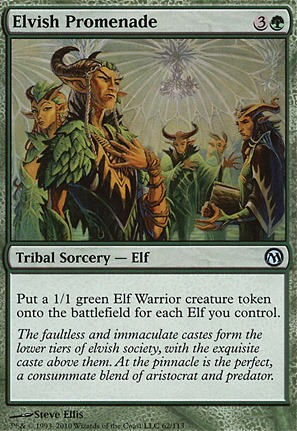 Great combo potential! Tolaria West might be of interest to get Minamo, School at Water's Edge out of your library for further untapping.

Bold question: How are you going to win the game? You might want to add some big creatures or perhaps Elvish Vanguard since you have quite a lot of Elves..

You could add Marwyn, the Nurturer itâs a better version of Elvish Vanguard and could possibly replace Farhaven Elf which is a downgrade from Wood Elves

Elvish Vanguard is not modern legal

Quirion Ranger It has some combos, but you have more than enough other cards for this, and most are more durable

Caller of the Claw Too situational

Arcane Adaptation most of your creatures are elves, and the ones that aren't don't necessarily need the buffs. Not a guaranteed removal card, but it's only going to be useful on rare occasions

Overrun Not really necessary, you have other cards to achieve the same or greater effect.

Dwynen, Gilt-Leaf Daen other than the buff the second ability isn't incredibly helpful and it won't trigger Ezuri

Protean Hydra It's not likely to die in combat, so it's pretty much just a big creature. Your other hydras are better

Swan Song, Counterspell, Disallow; With so few counters, these cards are more likely to show up when you have absolutely no use for them rather than when you need them. You're better off cutting them out to slim down the deck.

Uncage the Menagerie way too specific, and way too much of a gamble. your best search would be 3 and you would only search through 3 cards.

Urza's Incubator Most of your elves are pretty cheap, so this may end up being pretty dead, as you may just end up with a bunch of unused mana. Your call on it though, as it's still somewhat useful

Door of Destinies This is slow and honestly the lack of other utility makes it somewhat dead. still has potential, so up to you.

Braingeyser You have other draw, and not being instant speed or triggered off creatures means it may not be as useful

you have a plethora of low drop mana dorks, so you may want to slim those down a bit

Think how strong it is alongside Wild Pair - not only could you cast Wild Pair quicker, but then you could bounce all your elves, cast them again, and search your library for another copy of each elf you already had in play.

Elvish Vanguard works well with the combo, and can serve as a win condition if you can somehow give it trample.

You could also combine it with Vanquisher's Banner, Lifecrafter's Bestiary, Primordial Sage, or Glimpse of Nature so you can draw your entire deck and play each and every one of your creatures.