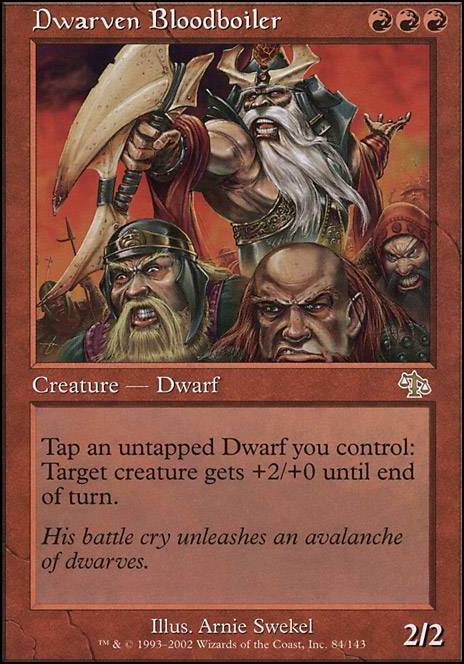 Tap an untapped Dwarf you control: Target creature gets +2/+0 until end of turn.

Snow White and the Seven Dwarfs
by aogoli 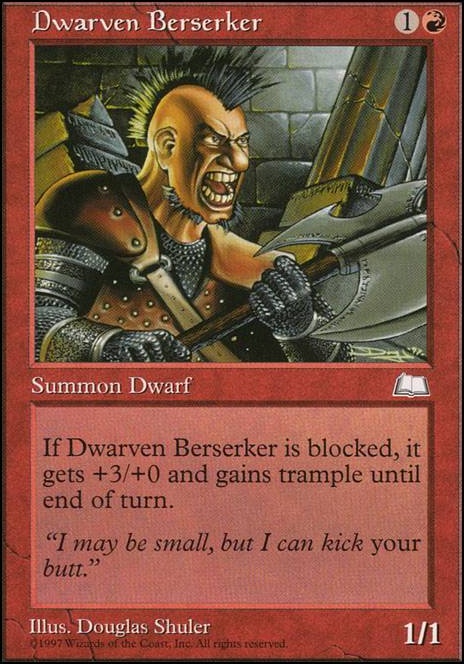 EDH Under $1 | A Dwarvish Attack Squad
by Benthehen333

Yeah Dwarf Tribal! I've been thinking about doing something like this myself.

Dwarven Bloodboiler is pretty good for a dwarf. He can make attacks complicated for the opponent and could in theory help with crewing vehicles...

Rimrock Knight is also a decent trick and a decent dwarf wrapped into one.

I was always pretty disappointed in Dwarven Driller. He could be an easy cut, in my opninion. Same goes for Mine Layer, honestly.

It has no synergy with Dwarves or Vehicles, but Approach of the Second Sun is a great way to end games with Depala, since she can get you through your deck very quickly after the first cast and win you the game out of nowhere.

In terms of mana, Dwarven Mine seems like a fun include. I also really love Dwarven Ruins from Fallen Empires because it looks just like the entrance to the mines of Moria from the LotR movie.

seshiro_of_the_orochi on Looking for good creatures for ...

Looking through the existing dwarfs, there are some that can easily push power up. This seems great for vehicles.

Dwarven Patrol has four power to crew vehicles and can crew more than one if you happen to have some white spells.

Dwarven Recruiter is insane with Depala.

It actually seems dwarves are a cool tribe in a vehicle deck.

Teshar, Ancestor's Apostle is too good, when you play too much artifacts and need some reanimation in White mana.

and what Mirage Mirror ??

I like the idea of dwarf tribal, you may find Dwarven Bloodboiler interesting as an 'over crew' option and generally screwing with combat math. Dwarven Recruiter would probably be a good idea as well, setting up some of your future draws.

Also, it turns out the tribe has a bit of affinity for land destruction with creatures like Dwarven Blastminer, Dwarven Driller, Dwarven Miner and Mine Layer, it could make a potent and nasty surprise; besides what better way to represent your vehicles running amok then tearing up their lands as they go 'four wheeling' on their side of the board.

All Hands on Deck

This is a pretty cool idea, I'd suggest Dwarven Bloodboiler easily pump your vehicles or other creatures.

Also, looking at Delpala, you'll want ways to tap her, like Springleaf Drum, Dwarven Bloodboiler, Devout Invocation, (plus of course all your vehicles).