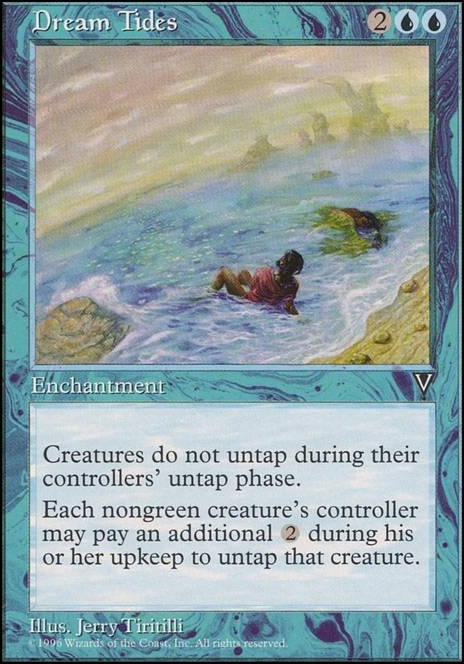 At the beginning of each player's upkeep, that player may choose any number of tapped nongreen creatures he or she controls and pay (2) for each creature chosen this way. If the player does, untap those creatures. 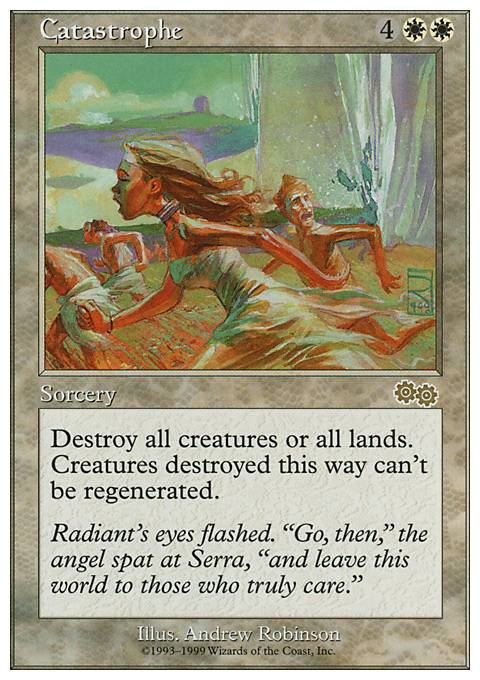 Halls of Power
by Shadowarrior 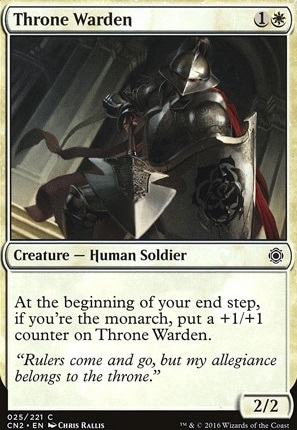 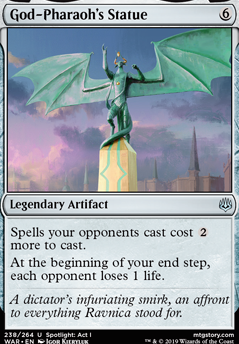 Budget Build: Trolling With The Lights Off
by Sicohippy

Check out my build when you have a chance, I use some unique cards like Dream Tides to slow my opponents down.

You could use the tapping ability for stax, e.g. Static Orb , Storage Matrix , Dream Tides , Sands of Time

Teferi, Mage of Zhalfir : Is indeed too mana intensive + and at that cost you want to play key cards that either just lock out or shut down entire strategies or play multiple cards that add up to 5cmc and have more efficient hate as this could potentially lose you games as well because no one can respond anymore...

Teferi, Time Raveler : Baby Teferi is possible but with how most strategies work people can get around this very easily while one spell per turn for example would shut down decks far more efficiently and can't be attacked into as easily as walkers.

For example, the new one that has been spoiled at 1 Mana (if you run a lot more counter magic it could justify the baby Jace but still no one can respond ti anything anymore)

Each player can't cast more than one non-creature spell each turn.

"They have forsaken their vows. The edict of the Circle demands their voices be silenced." -Syr Tasdale, knight of Ardenvale

@ Limejuice Hey there man! thanks for the comment as well!

Nature's Will is a card I've toyed with before and played in najeela as well... it's a great card that synergies really well with orbs and can generate multiple triggers if multiple opponents are open for attacks. But without the other lock cards it ends up being a dead card draw at any stage of the game hence why i don't consider it. I'm not looking to combo of with orb-will for example , I'd rather play one card and have people struggle and delayed a turn and next turn play 2 more hate cards or so and just shut down entire strategies without these cards having to be dependant on one another...

Ulvenwald Tracker is great at dork heavy meta and a good meta call if you face a lot of those. but a bit less reliable in blind meta and tournaments. Linvala, Keeper of Silence , Dream Tides and Cursed Totem work as well but 2/3 here would also slow us down too much to be effective! Jitte could be good but also requires it sticking haven't tried it but if it works you and nets you games easier of dork reliant decks then consider it a good flex slot!

The Knowledge Pool of Salty Tears

Really cool deck! Have you considered Sunder to slow your opponents down even more?

Clock of Omens can also generate you extra mana and allows you to tap Winter Orb/Static Orb on your upkeep to keep your lands from staying tapped.

I see you don't run many creatures, so you could go for creature lock-down with cards like Magus of the Tabernacle, Pendrell Mists (passive boardwipe with Winter Orb) ,Dream Tides, Overburden, World Queller, Spelltithe Enforcer, Ward of Bones, Portcullis and Crystal Shard I think are worth considering.

I play a blue/white superfriends deck that prevents anyone from playing creatures so I feel like some of my cards may compliment your deck xD http://tappedout.net/mtg-decks/grand-arbiter-and-friends/

Etrata Unleashed; I SHUSH you!

KeelHaul10 I'm sorry about that I didn't read her first ability, knowing that I would instead recommend adding some defense cards so aggro decks can't swing you out easily maybe Dream Tides even just having this can slow down opponents while keeping their creatures on the board, one of my favorite cards would be Sudden Spoiling