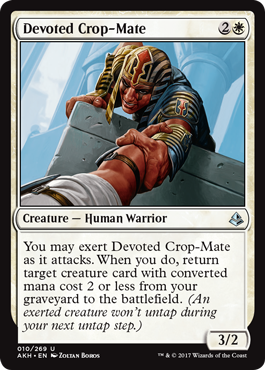 You may exert Devoted Crop-Mate as it attacks. When you do, return target creature card with converted mana cost 2 or less from your graveyard to the battlefield. (An exerted creature won't untap during your next untap step.) 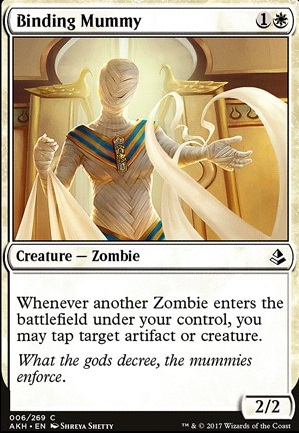 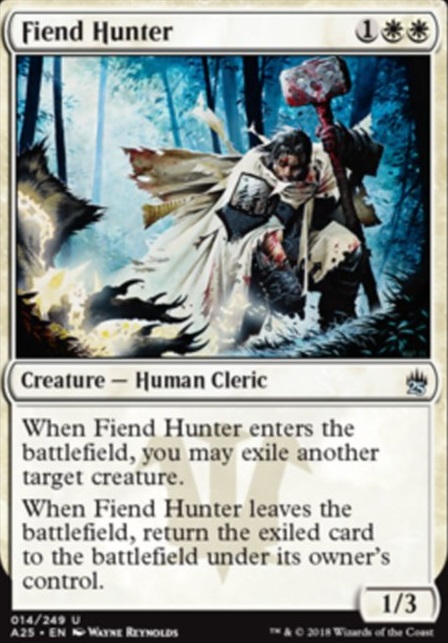 Looks like fun! Devoted Crop-Mate is a nice touch that you don't usually see in lists like this. Elspeth is a fun card (one of my favorite control finishers tbh) but maybe consider Archangel of Thune instead? Ranger of Eos could definitely find a home in here, maybe in place of the Reservoir and/or the Mindcensor?

I'd also of course suggest you build a sideboard, but if you play more casually maybe you don't need that.

First of all you need to take out Dauntless Bodyguard because Goblin Chainwhirler is a c... ok just kidding. So I'm supposed to give suggestions but honestly there isn't anything fundamentally wrong with the deck. That said there are some nit picky things I can give my 2 cents worth on.

I'm not so sure about Danitha Capashen, Paragon. There's probably better 3 drops; I'm thinking Devoted Crop-Mate, Dreamstealer, Banewhip Punisher and of course Mentor of the Meek when he becomes available. If you feel like trying something spicy Glory-Bound Initiate+Radiant Destiny naming human could be another way to have access to lifegain maindeck.

I'm not that big of a fan of Seal Away in aggressive decks although it does match up nicely against what Cast Down doesn't hit aka Lyra Dawnbringer, Ghalta, Primal Hunger, Shalai, Voice of Plenty and Hazoret the Fervent. Maybe go 2/3 rather than 3/2 on them or go up some Cast Outs so you have better game against The Scarab God and planeswalkers. Again if you want a more spicy option Dire Fleet Poisoner functions kind of like a removal spell on attacking creatures (despite being bad against what I mentioned) although it has aggro potential as a 2/2 deathtouch and won't be dead against control.

Running Evolving Wilds or at least a couple copies might improve Fatal Push and Isolated Chapel although currently I don't see room for it in the mana base.

You are probably aware but I would also like to draw your attention to the fact that Benalish Marshal and Mentor of the Meek are a total nonbo not to mention most of you're 2/2s will enter as 3/2s.

As for building a strong sideboard my usual approach is rather than build it thinking "what cards do I need" I think "how many cards do I need for each matchup". For example against approach I'd want at least 7 cards to replace all the creature removal (note: control these days runs Torrential Gearhulk so you probs don't need all that many) and I might then make that 4 Duress and 3 Forsake the Worldly especially as those cards could also be what I bring in against God-Pharaoh's Gift decks meaning I wouldn't need Crook of Condemnation. An extremely underrated card right now is Healing Grace against mono red. It gets 90% of that deck's removal including Chandra, Torch of Defiance

and Glorybringer, works as a combat trick and gains life!

Overall a really strong deck. I'm now expecting to see a lot more of this post-rotation.

If you pay full cost you aren't cheating anymore, right? Isareth is cool, but being monocolored she won't become a premier reanimation strategy commander I don't think. I would rather run Karador, Ghost Chieftain or Muldrotha, the Gravetide 10 out of 10 times for such a strategy, but she could be cool in the 99 of a deck that wants to reanimate cheap creatures over and over. She's kind of like a backup Alesha, Who Smiles at Death. Adding to the critical mass of reanimation creatures like Alesha: Sun Titan, Devoted Crop-Mate, Bishop of Rebirth, etc. could be a cool angle for an army that never dies. I don't think it's going to make many waves in the format personally. I like Whisper, Blood Liturgist better as a card and you don't often see those decks.

This is one of those decks that really wants to be mono-white. Bone splinters and Bloodsoaked Champion aren't enough alone to justify the risk of dead cards. It also frees up slots for utility lands.

Now if you were splashing for a full hand disruption package, Sin Collector and all, thats a different route. The other interesting B/W humans route is Cartel Aristocrat/Zulaport Cutthroat. If you're really feeling like building a rogue deck you can abuse Plunge into Darkness Postmortem Lunge and Dismember to turn on fateful hour.

I'd mainboard path in place of bone splinters- it really is that good. With the remaining couple of slots from bloodsoaked, its worth looking at Accorder Paladin Akrasan Squire more Banisher Priest etc Devoted Crop-Mate is playable, if not quite as abusable as Order of Whiteclay. Fiend Hunter can serve as an extra set of banisher priest, with the upside of a better blink interaction.

Check out other budget humans lists- they're the most populous tribe, and the options available are staggering, even if they do tend towards the thalia's lutentant package.

I don't know if you're still brewing around this deck, but what I'd do is pretty straightforward :

First, I would not go on the cartouche / Trial of zeal way. Doing so frees 8 card slots, which lets you play around a bit more. I would remove Impeccable Timing and Onward // Victory for three copies of Abrade (or Lightning Strike if you're on a budget) - this does not only improve the removal package but gives consistency.

Then, to increase the power of the exert mechanic, I'd play three copies of Always Watching . They not only buff your creatures but also keep them from tapping when exerting.

Finally, on the creature side of the deck, I'd try to add at least one Glorybringer, two Nef-Crop Entangler and I'd remove the Resolute Survivors in order to bring back the original Devoted Crop-Mate, which helps you win grindier games.

Devoted Crop-Mate, since you just die to burn. Or some protection spells.

Instants: (sticking with four or less Cmc for sunforger shenanigans)

Mardu is great for control, so its best to have plenty of removal spells. I would not have Spinerock Knoll since it might be too slow. Windbrisk Heights might be better than Spinerock tho. Like what if you need to play that spell but can't get 7 damage off. Also, Graveblade Marauder seems too situational to leave an impact. When you start adding/removal stuff to the deck, make sure to keep it low cmc as you can since you don't have much in terms of ramp in these colors; be sure to keep as mana rocks as you can for the same reason.