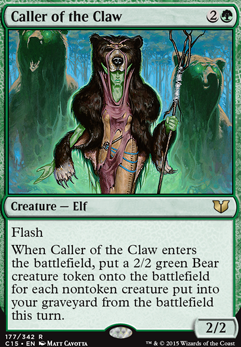 When Caller of the Claw enters the battlefield, put a 2/2 green Bear creature token into play for each nontoken creature put into your graveyard from play this turn. 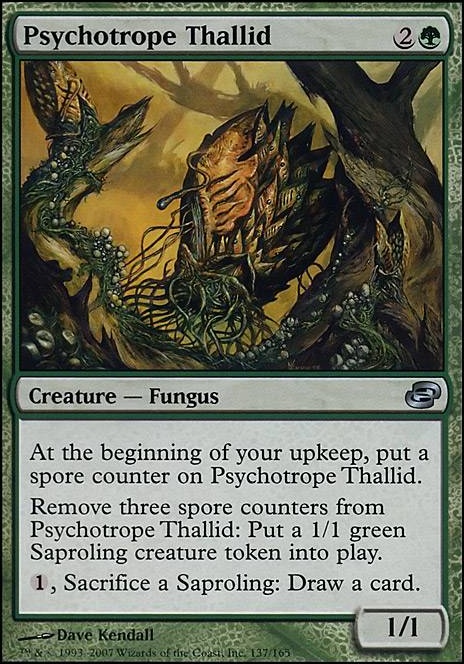 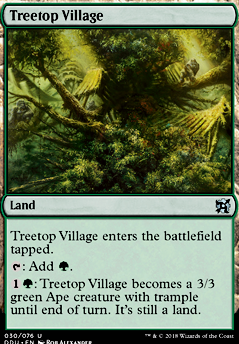 Caller of the Claw Discussion

Hi_diddly_ho_neighbor: Reyhan is definitely a one woman combo, I would even go as far as to say that she is probably an auto-include in most non-cEDH list. Geralf's Messenger has been in and out of my list and I'm honestly gonna test him out more and see if he makes the final cut. I get that Caller of the Claw's appeal is the flash but every time I had it in my hand I just felt like I could be drawing something that I can use immediately. Maybe I just need to test him out more.

I like your take on Tayam. I never considered that Reyhan, Last of the Abzan

is a one women combo basically. I'll definitely have to find space for her in my list.

One comment on Caller of the Claw. Part of the reason it is so strong with Tayam is because it has flash. You can win out of nowhere pretty easily.

Also, since you are already running the Kitchen Finks combo, you might consider Geralf's Messenger since it outright kills the table

Weaponcraft Enthusiast and Promise of Bunrei (1 death trigger) go infinite with an Altar and Tayam. Caller of the Claw (2 death triggers) and Hallowed Spiritkeeper (2 other creatures in grave) will require more setup.

My list is similar to yours, tayam-is-on-my-side. Still trying to figure it out.

This is true. I looked at it wrong. That does make a difference. I could consider it over Caller of the Claw as a set it and forget it kind of card until itâs time.

Iâll test it. Thanks.

Here's a bunch of cool token makers I think would be cool.

Intriguing! Just want to ask a few questions about the enchantments ( Faces of the Past , Intruder Alarm ) since I'm not sure I completely grasp 100% how it elfball infinites. I think only Thornbite Staff completely works 100% of the time since it doesn't discriminate and doesn't care what type of creature dies, only if something does die; Vannifar's ability doesn't matter and we can do whatever we want, including a Lab Man win if Pod 2 is Elvish Visionary and Pod 4 is Symbiotic Elf . My understanding is:

(I thought about it for a while when I was writing this and there is indeed an infinite as long as the Pod 2 is ALWAYS Dwynen's Elite as the Elf token can be sacrificed after Soultiller to restart the chain, then ending with a Pod into Caller of the Claw for infinite Beasts, but we need Concordant Crossroads out to win right then and there and lose to Cyclonic Rift , Propaganda and friends, etc... thoughts?)

If I'm also missing something here please let me know!