Whenever a Knight enters the battlefield under your control, untap Brimstone Trebuchet. 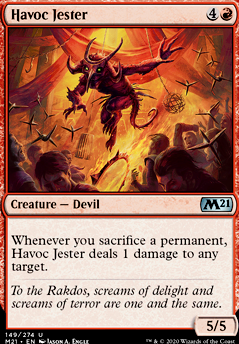 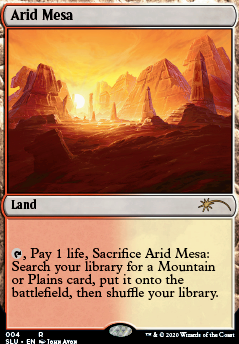 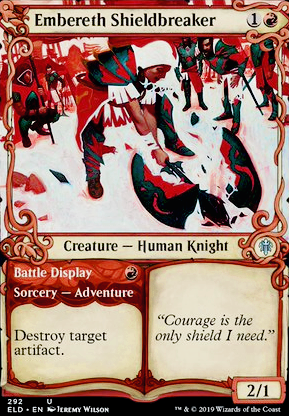 ...And My Axe!
by doctorstrangedays

I can definitely use the better mana fixing to make the deck more consistent and once i get my hands on Mana Confluence and City of Brass at a reasonable price I will add them in.

Brimstone Trebuchet is a flavor card that while not threatening in of itself does chip away at everyone without drawing much hate. If it lasts till the late game, a kicked Josu Vess, Lich Knight pings each opponent for 9 additional damage which has won me matches in a hilarious manner. If it was target opponent I would consider the cut but since it hits everyone it is surprising good in casual games.

StopShot on I wish skulk was an ...

Sorin_Markov_1947 Thanks for the idea, I'll consider throwing in a Brimstone Trebuchet . I think I'd rather have the 3 power/the pump spell with Rimrock Knight than the lifelink with Smitten Swordmaster though.

Smitten Swordmaster . That's what you need. Maybe a few Brimstone Trebuchet s, too. Both those cards give a really good amount of reach for knights, particularly in an aggro deck.

abby315 on How was your prerelease?

Iehovah and Ice_Water, glad to hear it! It seemed like Rakdos was very strong. My friend ran a crazy knights deck with Torbran, Thane of Red Fell + two Brimstone Trebuchet and a Syr Carah, the Bold that 3-0, 6-0'd. Bet draft is going to be interesting.

I LOVE the alt-art storybook cards. I pulled a Giant Killer alt-art foil that is gorgeous. Also, the card stock finally seems to be better!