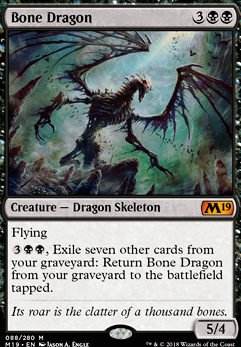 Not so Friendly Sidisi Brood Tyrant
by _jeremy3 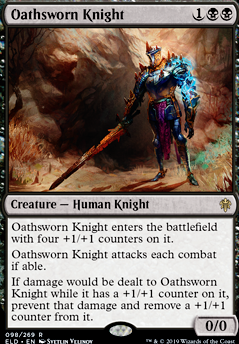 Yeah - I'd agree Bone Dragon is not as good as it should here. Unless you simply like it or would like to stick to Skeleton/Zombie theme.

Doom Whisperer is just as expensive, stronger and has trample. Similarly Spawn of Mayhem is cheaper and deals additional damage to opponent each turn. Of course that's on condition you can afford them :)

Hey there - thank you for helping out! How about this:
Sigarda, Heron's Grace
Expansion / Explosion
Bone Dragon
Dromoka's Command
Scavenger Grounds
Momir Vig, Simic Visionary - this is FTV foil, so let me know if that's not what you were looking for
and Drowned Catacomb (XLN)

for $11.50? I knocked a few bucks off of TCGMarket price for each, and gave you a good price on Catacomb because I have so many. I can ship it today PWE, or if you want to pay $3 for tracked I'll do that. My PayPal is [email protected] Let me know!

I Will Take What is Mine with Fire and Blood

I could definitely see Bone Dragon in the sideboard if the meta is full of grindy midrange decks on release.

Would Bone Dragon be a good addition?