Bloodcrazed Paladin enters the battlefield with a +1/+1 counter on it for each creature that died this turn.

Bloodcrazed Paladin occurrence in decks from the last year

Vampire: the Masquerade
by aekrusty

Fangs for the Memories
by Pengupengu 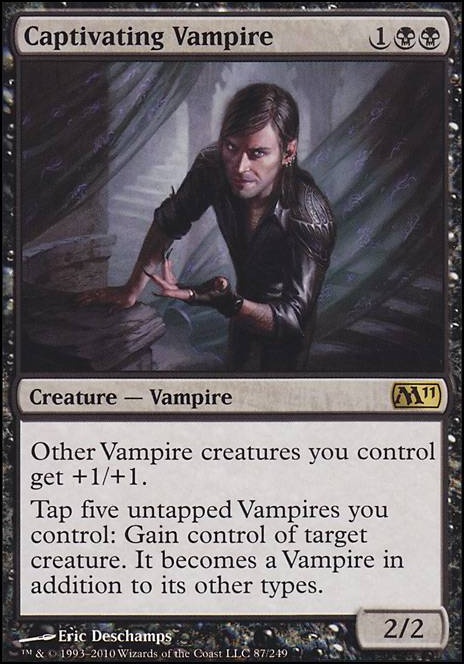 Judith's Symphony of Screams
by Mattismen

Definitely add: Skullclamp (one of the best cards in the deck), Dusk Legion Zealot low impact, but you generally want to get a bunch of creatures out early, Viscera Seer super strong and again, this is a deck where you really want to start out strong, Painful Truths (the best draw spell in Mardu), Indulgent Aristocrat (super strong way to aggro people out while also getting a board presence early), Yahenni, Undying Partisan this just doesn't ever die and gets very big

I'd recommend: Nihil Spellbomb (I think this is almost always a mustplay in black.)

So when demolishing my Judith deck and going thru the Ghired precon, I did come across some gems that I thought might go well in here. Some of the cards in the list above, I don't actually own yet and are a bit pricey. So here goes.

Other things off the top of my head...

Equipment tutors, because this strategy lives and dies by skullclamp. Stoneforge Mystic , Enlightened Tutor and Open the Armory and Steelshaper's Gift come to mind.

Various lords. Take your pick. Vamps have a ton. I wanna mention Sanctum Seeker for the life drain and there was some Orc or something who had a similar effect.

Nameless Inversion . it's a creature hate spell that counts as "casting a vampire".

Obelisk of Urd . easy buff, use once you're done with clamp.

Mavren Fein, Dusk Apostle . This deck is hyper aggressive and swarms the board with attackers like nothing else in EDH. He gives you more free creatures.

Bloodcrazed Paladin as an out against boardwipes.

Yahenni. He's actually good in this format just as a hard to kill beater.

I'm sure I can come up with more ideas. I like the deck a lot.

Maybeboard for this deck is some randome stuff near vampire theme from my card pool. So, I indicated that it is possible to advise cards not only from there. And I don't consider Duskmantle Prowler or Famished Paladin too.

About lands - best way to put in the deck both, Luxury Suite and Blood Crypt and something like Godless Shrine , but not right now.