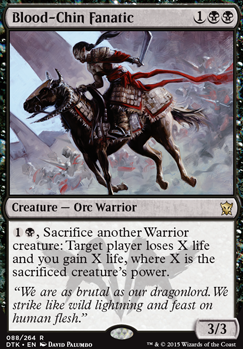 The blackblade revived
by Naverius

Warrior at heart
by The7thBobba 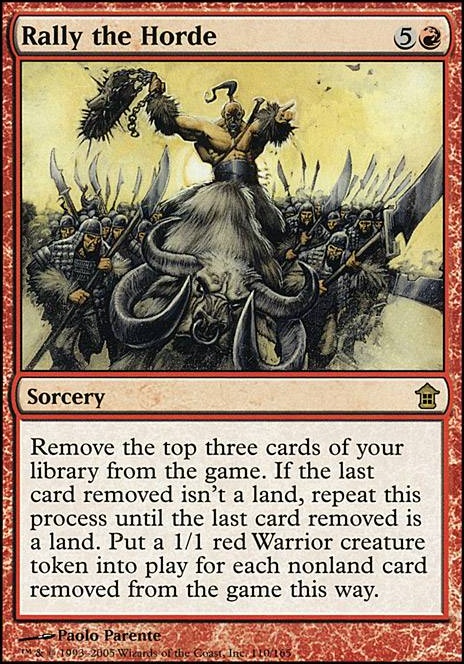 Warriors of the Jungle
by Dave-writer90 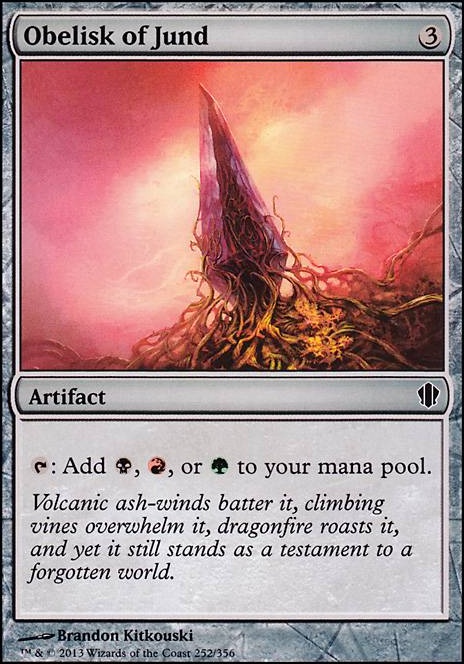 Hamletback Goliath is surprisingly a warrior and can get huge so quickly.

Blood-Chin Fanatic is amazing in this deck it gives direct damage and life gain.

Warriors, Come Out to Pla-ay!

Hope any of this makes sense. Happy gaming! And should you have the time and inclination, I would appreciate feedback on one of my EDH decks. Thanks.

Warriors of the Shifting Wastes

Thanks for the suggestions KUW! Lol all but Raider's Spoils have seen a stint in the 75 at some point.

This deck actually started off as a Rakdos build when Khans first came out.

I too am iffy on the Stoneforge Masterworks. I'm currently thinking about replacing them with Cartouche of Solidarity. A 1/1 warrior with vigilance plus a boost to any of my other dudes for one white seems nice in this deck.

Supernatural Stamina is another contender for the Masterwork spots. I feel like it could capitalize on the synergy between Blood-Chin Fanatic and Bloodsoaked Champion.