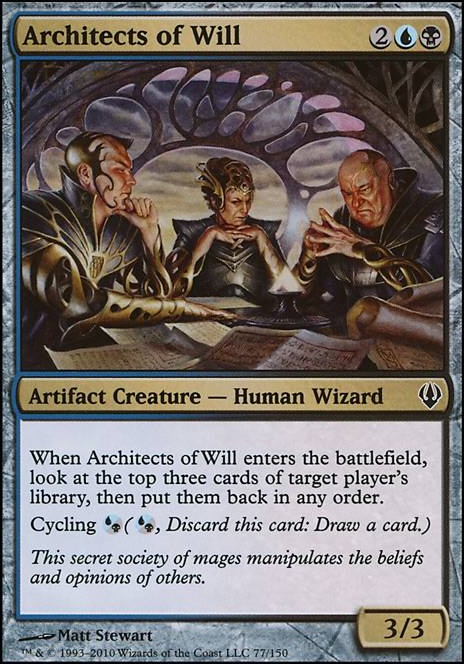 When Architects of Will enters the battlefield, look at the top three cards of target player's library, then put them back in any order. 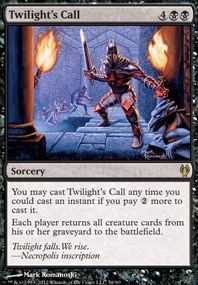 Not Your Kid's Niv
by NobleRooster 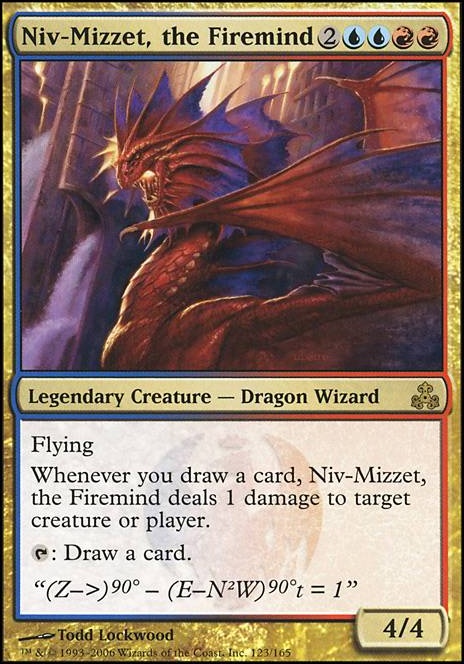 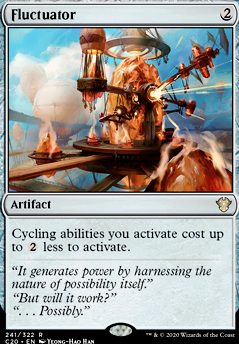 Architects of Will Discussion

Ascarmillion on Need help with a deck

Im making a deck consisting around 4 colors thats a bit competitive but is also fun satisfying to play.

Architects of Will has cycling and a cool effect. I'd add Sram's Expertise since it's another way to cast the free spells and suited to your mana base. Hope this helps, good luck with your deck.

Architects of Will has cycling and a cool effect. As Angel_Zero said an expertise, I'd go with Kari Zev's Expertise since it's cheaper to cast and more suited to your mana base. Hope this helps, good luck with your brew.

I would value JVP more than Architects of Will.

As suggestions, you may cut the 2 Thought Erasure and 1 Vendilion Clique to add 1 Tarmogoyf and 2 Thoughtseize. Also, you can move the 2 Countersquall to the sideboard instead of the 2 Spell Pierce, and add other Liliana of the Veil and other Assassin's Trophy. In the sideboard, you may cut the 2 Architects of Will and 1 Unmoored Ego to add 3 Leyline of the Void; and cut 1 Abrupt Decay to add 1 Maelstrom Pulse.

I hope these suggestions have helped you, and I like you idea to add Delver of Secrets

ok, went to a small tournament and the result was quite surprising:

Mulldrifter: isn't good from what i've thought initially, it's so slow and after the game i just realized that Krosan Tusker is a much better card over it. it's funny how i recall that from my old jund list i included tusker only to be cut in my last version of the deck because i feel it was slow.

overall, this list is still in testing and i'd still continue in sultai colors as o believe that Architects of Will is the better cycling card over Monstrous Carabid and sultai has a better sideboard option than jund