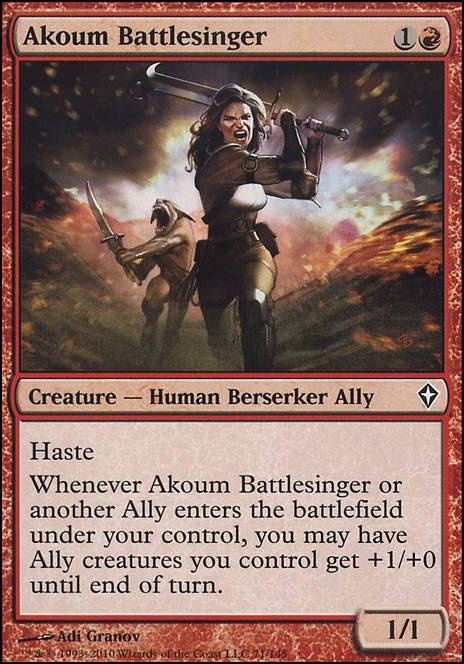 Whenever Akoum Battlesinger or another Ally enters the battlefield under your control, you may have Ally creatures you control get +1/+0 until end of turn.

To adventure! ~ Naya Allies
by Chascarrillo 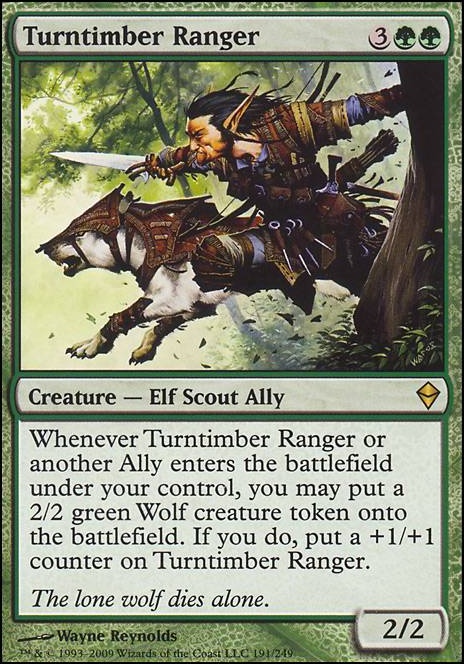 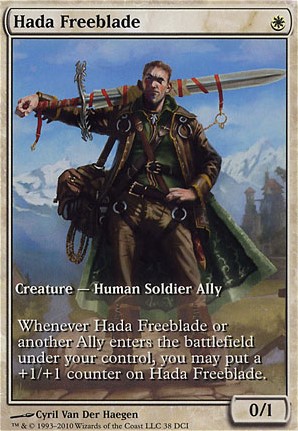 Vault of the Archangel should be in the mana base somewhere as at least a 1-of. Other than that just in general Orzhov is not the most aggressive color combination. If you want to be aggressive consider going Mardu for Reckless Bushwhacker and Akoum Battlesinger. Cutting something like the Zulaport Cutthroat that is mostly a do nothing card in the list and the Gideons would make sense. Also I noticed the side board comment above. Good stuff there but I would like to mention that in an aggressive creature deck that is playing Black Nihil Spellbomb or Relic of Progenitus is the optimal grave hate since it lets you draw a card. Aether Vial should be at 4 without question.

I really wish the time had been taken to build this list, so that I didn't need to spend so much time on it.

A lot of the cards weren't even spelt correctly.

Kogarashi on How soon do static effects ...

It's worth noting that there aren't currently creature cards with the stated ability (or similar) on them, possibly due to the potential confusion in whether or not that particular creature would also count for the "whenever a creature enters the battlefield" trigger. The closest I could find was Akoum Battlesinger, which has the ability phrased with "Whenever Akoum Battlesinger or another Ally enters" in order to clear up the confusion.

Abzan Beastmaster and Abzan Ascendancy have triggered abilities with each of the starting words I mentioned. These all trigger when the trigger condition is met (the beginning of your upkeep, when the card enters the battlefield, and when a nontoken creature you control dies).

Anything else is a static ability (unless it's a spell). It can be as simple as a keyword like haste or flying, or something wordier like Blood Moon. These take effect as soon as the card enters the appropriate zone, and only stop working when that card leaves the zone or when the card says it ends.

keevel on Any good Tribes in Naya?

For me the tribe that comes to mind is Allies.

There's a Hardened Scales idea brewing for Naya in my head.

The support it with Path to Exile, Atarka's Command and Lightning Bolt.

(Boros Charm or Blossoming Defense if you need them.)

I haven't really considered Unclaimed Territory yet but I'm unsure if it's better than having fetchables for my sideboard/ CoCos. I'll probably toy around with the landbase a lot in the future.

Jwari Shapeshifter doesn't really "target" a creature. While it is on the stack an opponent can remove a creature from your board but as long as you have another creature, it can become that one. If your opponent removes your LAST creature while shapeshifter is on the stack, THEN you're screwed. Also, my meta was fairly aggro heavy last time so I shouldn't have to worry about removal too much. The shapehshifter is crazy good when played on Akoum Battlesinger and it is the main reason for its inclusion. For the extra explosiveness. It is also the reason for Reckless Bushwhacker. Before I bought a play set of Aether Vial I didn't think the bushwhacker was really worth it. But now Bushwhacker potentially makes a vial not so much of a dead draw as it can help get the surge cost paid. It also isn't horrible off of CoCo as it is an ally trigger and it inherently has haste so it's a little more explosive than other allies.

With 3 Ondu Clerics i have found that I have enough lifegain and that Lantern Scout isn't necessary. Although I may test Lantern Scout as a 1-of instead of Mirror Entity.