Best cards of all time (hilarity)

Ladies and Gentlemen, these are dark times for magic. Times where we need to remember the cards that warped formats.

Lets see some of the best cards ever printed This card is known for its insane advantages. A set of Jace, the Mind Sculptor roughly costs $228 which would be the equivalent of 1753 Storm Crows. Talk about card advantage!! It's still a 1/2 flyer but what makes it better than storm crow? it doesn't die to Doom Blade! Resistance to removal has always been a key to success in MTG and every one knows the 3 extra mana is sooo worth it. With 56 forests out would you really rather play a 15/15 Eldrazi or a 52/52 Wood Elemental? Of course the 52/52 beater would be way more efficient than some stinky Eldrazi, a great addition to any green deck. FAAALLCCCCOOONNNNNN PUUNNCH! This card was known for its epic turn 2 kills there are so many ways to pull it of this is just such a combo card!

An example would be:

You: draw a Lightning Bolt play it and attack for lethal. This card is probably the best mana filter in MTG history. It even makes Channel+Progenitus viable! Not much more to say but its certainly a card which deserves a spot in every 2-5 color deck. Ahh, such a controversial card. Ever since release its been in the run for "BEST MTG CARD OF ALL TIME". And there's a very good reason. With this card all you need is 2 creatures and 10 mana and you can effectively deal with all those pesky Storm Crows and Chimney Imps. In a deck with Puresteel Paladin its totally bonkers... No wonder Stoneforge Mystic got banned! Arguably the best sb card ever, this will make those 5 cards with plainswalk block-able! now that's tech. Take that you stupid Zodiac Rooster People tend to run 4x of there best cards. With this in your deck they will regret not making a 60 card EDH instead. Also been dubbed the best answer to Squadron Hawk and Relentless Rats. Easily the best control card ever printed. Ok, ill be honest, this was a personal addition to the list. But it Deals with Delver of Secrets  Flip so well its just mind blowing. Expecting allot of delver? pack 5 of these if you have to. Flavor wise, this card rocks.. And lets all look at the synergy between vampires! At times this is immune to Lure! Not only that but it's SEMI immune to card steal effects like Mind Control. That certainly counts as protection from green and blue, and puts Sword of Body and Mind to shame. Other than being one of the best answers to Tarmogoyf ever printed, this card has beautiful artwork... Who doesn't love a nice little dwarf taking a s-- rest after a long days work. The last thing you want to do is waste removal on a card not worth it..Those pesky Morph cards don't make life any easier either... Break Open makes sure that you'll never waste removal again! Such a good card by wizard. Kudos.

(DISCLAIMER, these are mtg jokes and not to be taken seriously down below are some actual uses of these cards if you aren' a timmy like me.)

Other uses of these cards would include the following:

@glg3nstlftw i totally forgot it traded with delver dayum.

thanks, nice to know people on tappedout have a sense of humor haha.

idk about STRICTLY because being human and soldier does have its perks.. but without it yeah.. kitties ftw?

Form of the Squirrel is obviously the most OP card ever.

HE'S GOT MURDER IN HIS EYES

too bad that card isnt legal.. haha but yeah

I have actually seen a deck on here that had a win con of getting infinite mana, an untapping artifact, and razor boomerang on a chimney imp for the win. It was epic!

Mudhole is more effective against Terravore than it is against Tarmogoyf .

Also, if you swap out the emerald for Mox Sapphire , you can make the Grizzly Bear combo work just as well with Storm Crow . Only downside is it's a turn 3 win instead, but flying can come in handy when your opponent controls Mindless Null and a vampire.

I need to make a deck with all of these cards. Unbeatable!

@doinitwrong Tarmogoyf is played a ton so it would be better to mention it although yeah.

idk bout Riptide althoug pretty painfull, it doesnt seem THAT broken..yet..unless some1 figures ot an insae way to abuse it i guess..

maybe i shall make part 2?

For the absurdity of its name I was always a fan of Evil Eye of Orms-by-Gore .

0.0 never even heard of that card.. lol interesting..

I don't think it should have been on this list, but Chant of the Skifsang is super fun. Should have read "Enchanted creature is now a wall". Such a slap to the face lol.

lol... thats what i thought when it got spoiled haha

Isn't Squire supposed to be a hilarious card, too? Seriously, it's so powerless when we can have Squires that fetch equipment (Stoneforge Mystic )!

This made me happy.

haha rivarpab.. it makes me smile knwing i did good =))

lolol laughed so hard. You should put all these cards in a deck. I would love to playtest it. I always thought Browse was an absolutely pointless card idk someone may have found a decent use for it tho

its likely used in some really cheap casual decks... in my playgroup anything goes.. especially when we play free for all, where any deck is viable (usually killing starts at turn 8-15? and it lasts for hours... i even get to normally play up to 20 or so lands sometimes in a monoblack deck with only 24 lol.. so yeah.. i think thats a use for it.. if not then combo decks could have some use of it..i guess... i might make a deck with these cards and post it on the site once im done getting my stuff ready for school, so yeah

Think you are missing a few like that one ravnica artifact that returns to hand and taps (to tap a creature AFAIRemember) for same cost as razor boomerang and one with nothing.

I play a lot of 4+ multiplayer and should drop Great Wall just to see the reaction. :)

@Halfdead do you mean Cyclopean Snare ?

haha i most likely wont

Can't believe nobody mentioned Jhessian Zombies . I don't understand why'd you want land cycling when you can have 2 fear damage every turn for 6 mana.

Also, how about the most devastating 8-drop ever, Scornful Egotist ?

lol at both cards above

I'm surprised Goblin Bangchuckers haven't been mentioned. 4 mana for a 2/2 that has a 50/50 chance to kill itself? AHmazing.

Actually no joke Scornful Egotist is an amazing card in a RB spellbomb deck, 8 dmg every turn with the right cards.

Some weeks ago I think they are just really good, because you speak of it.

I never think of sarcasm. LOL

lol.. im actually planning to make another article like this-ish but im pretty buisy.. once im free itl be the first thing i do =))

And I'll be the first reader of your next article! =))

How could some weeks ago I thought Chimney Imp is one of the best card ever o.O

hahahaha lol.. ive had some friends of mine actually take this serious till they got to Razor Boomerang .... a new 1 would probably take 2 more weeks since im kinda hung up.. =)

Scornful Egotist has the best flavortext

@warper: the best part of Scornful Egotist is it's flavor text plus the fact that it's creature type was errata'd to "human wizard."

If you do another, don't forget about Descent into Madness 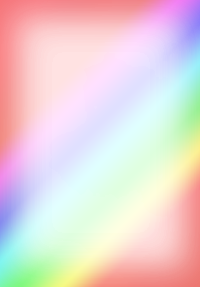 I love the turn 2 win Combo deck with Grizzly Bears . & the opponent casts Black Lotus -> Jace Beleren to give you an extra card! Lol

you forgot about the power of nine, ante cards, Primeval Titan /[tarmagoyf]

thanks for inspiring my new legacy deck!

ndgipper im so glad to have inspired you my friend XD